Secure your spot and get started today with our EXCLUSIVE offer!

By opting into the web form above you are providing consent for Danny Savery BJJ & Martial Arts Academy to send you periodic text messages. Standard rates may apply. You can reply HELP at anytime or learn more. You may opt-out anytime by replying STOP. 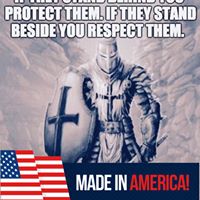 True Brazilian Jiu Jitsu at the highest level and a storied BJJ pedigree of champions! The team is truly an extended family, from the head instructor, Danny Savery, to the seasoned guys, everyone takes the time to help you out. I wouldn't train anywhere else! 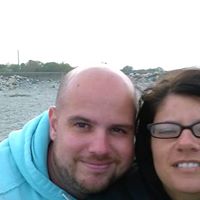 Great bunch of guys, everyone's ego gets checked at the door. Highest level of instruction available. 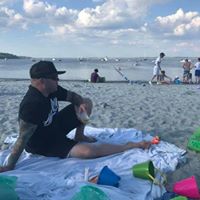 If you want to challenge yourself come check it out.. Great place, instructors and people

I've been with Danny Saverys Brazilian jiu-jitsu for about three years and I couldn't have asked for a better academy to train in. I can honestly say Danny Savery is one of the best coaches in all of New England. The love he has towards teaching Brazilian jiu-jitsu is amazing to witness. If you have any questions, concerns, need advice, or just someone to talk too, Danny is the perfect person. I've learned so much from him over the years. The team at Danny Saverys BJJ are the best. All the coach's are amazing, they each have their own style of teaching and you learn so much from them. From Brazilian jiu-jitsu too kickboxing or MMA this academy has everything you need and all the right people to teach it to you. Even the little ones can come and have a blast here. Here at Danny Saverys you don't just make friends you gain a family. Everyone there looks out for one another, cares about each other, and are inspired to help one another. For me I've always been and still am very shy and insecure around people, especially in anything physical. Being a big guy I was scared that people were going to look at me differently, not want to work with me, or take advantage of me during my first weeks of classes. I couldnt have been any more wrong, I was welcomed in by everyone didn't matter the belt level, they all welcomed me in like family. This broke me out of the shell I put myself in and I became more confident in myself mentally and physically. I can still remember my first day walking into the old gym not knowing anything about Jiu-jitsu. Going behind the wall and having Danny Jr demonstrate three basic techniques. Right after that I fell in love with Brazilian jiu-jitsu and knew this was the perfect academy for me. Fast forward to today I see these new students come in on there first day and experience the same feelings I had back on my first day. If you want to find a second family and also learn some amazing skills and techniques, Danny Saverys BJJ is the most perfect fit for you.

Danny Savery BJJ and his team are the best! My son Ben loves it . He has gained so much more confidence and leadership because of this incredible group! If you are looking for a place to build life long skills and to be a part of such an incredible group this is where to go! Thank you so much for helping my son grow and learn and make life long friends! You all are inspiring!

I've been a member of DSBJJ since 2010. The training and attention to detail from Danny and the other instructors is top notch. The training environment is clean, friendly, and respectful of all students. Come and train with us, get in shape, learn a new skill set, make some new friends. See you on the mats!

Request information today to learn more about our programs! Get Started Now

TIVERTON — Chief Patrick Jones is pleased to share that a unique partnership between the Tiverton Police Department and a local martial arts academy is resulting in a new Brazilian Jiu-Jitsu training program for six officers — the first of its kind in Rhode Island.

The program began with Planning and Training Lt. Bryan Palagi, who has been training in BJJ for approximately 12 years and started prior to becoming a police officer. He trained with Danny Savery, a former Tiverton Police officer who now owns the Danny Savery BJJ & Martial Arts Academy in Somerset, Massachusetts and Bristol and partners with the department on its BJJ training program.

A significant portion of the hand-to-hand and restraint techniques recruits learn as part of their use of force training at the Police Academy are based in BJJ. At the Rhode Island Municipal Police Academy, where Lt. Palagi also teaches, use of force training runs for 10 weeks of the Academy. About 80 hours total throughout the 10 weeks focuses on hand-to-hand physical confrontations.

After graduating the Academy and beginning with their respective departments, officers receive very little hand-to-hand physical training. Without regular review and practice, retaining and recalling those skills from year to year is difficult.

“Yearly use of force training covers policy changes and data and statistics from the previous year, so you’re looking at probably 2-3 hours for a refresher in hand-to-hand physical training each year,” Lt. Palagi said. “The physical techniques and skills you learn in the Academy are perishable, so it can be difficult to remain proficient in those skills without training regularly.”

Weekly classes for law enforcement have been held at Savery’s academy since it opened, which Lt. Palagi also taught for a period of time. After becoming training lieutenant, Palagi remained interested in creating a program where police departments could regularly train in BJJ, recognizing that it can help officers to control people, protect themselves and avoid injury in scenarios where they have to go hands on.

BJJ programs have seen success and growth at other law enforcement agencies across the country in recent years, including in Georgia and Alabama. The training and technique is starting to be recognized as a valuable addition to complement officers’ existing use of force training.

Rather than striking, like is the focus of other types of martial arts, Brazilian Jiu-jitsu is centered on control and restraint. When used by law enforcement officers, it is a method that can help to stop a physically combative interaction and allow an officer to safely restrain the individual until backup can arrive. Because BJJ does not involve striking, it is also safer for officers and suspects and puts both parties at a lesser risk of injury.

In beginning research into a possible BJJ training program for Tiverton, Lt. Palagi looked across the country at departments who had this type of training in place, modeling a potential Tiverton program after one in Marietta, Georgia, an initiative which has resulted in decreasing that department’s overall use of force.

Once the program was given the green light, the department partnered with Savery and selected six Tiverton Police officers to train at Savery’s academy.

Savery, in addition to being a former police officer and police academy instructor, has competed in mixed martial arts (MMA) and trained in BJJ throughout his life. He started implementing more Brazilian Jiu-Jitsu into the Police Academy curriculum to help modernize hand-to-hand use of force training. Before starting his business, Savery began a small BJJ and martial arts school out of his garage and mostly trained other police officers. He has continued training police officers at his academy with the goal of making use of force training better and safer.

As part of the Tiverton Police BJJ program, which kicked off in July, each officer is required to attend four BJJ classes per month, and can attend up to eight per month. As a result, the six officers receive 4-8 hours of hand-to-hand training and practice per month, a monumental increase in training time from the average of a few hours per year.

Training weekly rather than yearly pays dividends for officers in the field, not only by refining their skill, but also helping with confidence and discipline. Regular practice in physical techniques is also important because it helps officers adjust to the adrenaline of a situation.

“An important part of the training is learning how to deal with adrenaline, which can be a complication in a real-world situation,” Savery said. “When you first start, it feels like a fight. But, as you go through training and practice over and over, you’re better able to see clearly and separate the emotions from the confrontation.”

In addition to on-the-job safety and physical preparedness, BJJ can benefit officers’ health and mental well-being. Savery additionally sees BJJ benefitting officers and their departments by helping to reduce liability, reducing officer injuries and providing a means of stress relief.

Officer Lewis Walton, who is participating in the program, graduated the Police Academy in July 2021 and was also in the military prior to becoming a police officer. He believes BJJ could be beneficial to anyone in a similar job.

“In the Police Academy, you learn pretty quickly that a portion of the job is going hands on with people and arresting people who don’t want to be arrested, and you might have to be able to maintain control of somebody for a long period of time until backup arrives,” he said. “You learn how important it is to be confident, to keep your composure and not to exert yourself too much in the first few minutes.”

Martial arts is also beneficial in helping people overcome those who are larger than them by focusing on skill rather than just strength. Officer Nicole Clemens, who graduated the Police Academy in December 2021, finds the class to be beneficial for her as a female and one of smaller stature.

“Most people I deal with will be bigger and probably stronger than me, so BJJ is an additional option I have now to help me take control of those situations,” she said. “It’s not about winning the fight or using force, but it’s about getting people in control and in a safe spot.”

Another unique aspect of the program is that it facilitates connections with the community as officers learn and practice alongside civilians.

“When the officers train alongside the community, you have all types of people of different sizes and professions as students, so they’re also able to talk to and work with different people,” Savery said. “The students also overcome adversity while training and learning with each other, which allows officers and civilians to build a unique bond.”

Lt. Palagi and Officers Walton and Clemens agree that it’s unique and humbling to train alongside civilians as it allows them to see different perspectives and learn techniques that aren’t taught solely with law enforcement in mind.

Overall, officers currently participating in the program have found it to be a valuable added resource for them to use in the field.

“It’s essentially another tool on our tool belt, and I expect to continue to see the benefits as we keep learning,” Officer Clemens said.

“I was hesitant to learn BJJ because of how much training and discipline it takes, and I walked in knowing absolutely nothing,” Officer Walton said. “But, everyone there helped me feel comfortable learning, and I’m grateful that the department has allowed us to do this program. It’s another resource that makes us safer, and helps us have what we need to go home safely at the end of the day.”

After the program has been in place for a few more months, the department will evaluate it and will track data into the future to compare use of force data, officer injuries, and suspect injuries between officers who are in the program and those who are not.